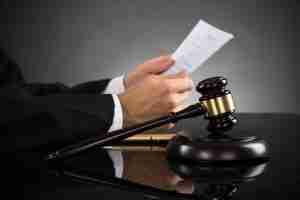 This post concludes and recaps our series on the handling of federal criminal charges in the state of Arkansas. We felt it necessary to write on this topic as many defendants do not know what to expect when they are facing charges from the U.S. Government. The goal of our last several posts has been to provide information which will help an accused know what it is they should expect from the process and to provide information which will assist in the selection of a criminal defense attorney. If you find yourself facing such a situation then call our office to speak with a lawyer.

We have addressed several topics over our recent articles. Issues which we looked at have included:

These are important topics for a defendant to understand. First, cases brought by the U.S. attorney are in a different court system than those brought by the state of Arkansas. Federal cases involve laws of the United States as a country. They also involve different rules of evidence and different governing decisions. The process in federal court is also much more formal. In other words, the process is very different than what one faces in state court. Second, federal cases do not simply involve white collar crimes. Other offenses, such as possession of a firearm by a felon, are also commonly charged. Third, the federal sentencing guidelines can seem harsh in many instances. Finally, there may actually be instances where one has to defend against charges in multiple court systems.

One point we cannot stress enough is that you should retain an attorney who is already licensed in federal court and who is experienced in handling such matters. Many lawyers do not have substantial federal experience. This can potentially lead to a mistake being made in one’s case. It is always suggested that you retain experienced counsel.

Our Little Rock criminal defense lawyers have over twenty-five years of combined legal experience and handle many federal matters. Contact our office today to schedule an initial consultation. We also handle matters in Fayetteville, Fort Smith, Springdale, Jonesboro, North Little Rock, Conway, Rogers, Pine Bluff and throughout the rest of the state.