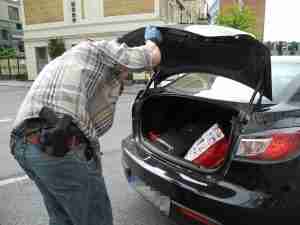 This post will serve as an introduction to our new series on “Handling Arkansas Criminal Cases Involving Methamphetamine.” We will be covering a number of topics which will include:

Arkansas has reported a more than 100 percent increase in methamphetamine-related offenses in recent years. Meth related crimes have become prevalent in our state with 189 labs having been discovered in Pulaski County alone. Because of statistics such as these, the police and courts have taken a much more severe approach to these crimes.

This series is written to raise awareness of what an individual’s rights are in such matters and to raise public awareness of the broader issues surrounding these offenses. Methamphetamine use is a growing problem in Arkansas and often leads to other crimes. Thus the courts are taking a tougher stand against such offenses. It is imperative you seek legal counsel if you are charged with a drug-related crime in Arkansas.

CNN Money, Do You Live Near a Meth Lab? money.cnn.com/interactive/news/meth-lab-map/ (accessed April 21, 2014).