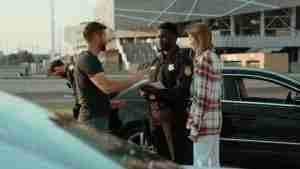 This is the next post in a series of articles discussing defending against domestic violence allegations in Little Rock, Arkansas. Our previous post discussed how an individual accused of domestic battery may assert self-defense to oppose the charges. Proving that one acted with proportionate force in response to a threat of harm to themself or others can lead to the dismissal of domestic violence charges. Claims of self-defense are not always obvious and can involve complicated evidence and legal theories. An experienced defense attorney will understand how such matters can impact your case. In this article, we will describe another issue that often arises in domestic battering cases: defending against charges based on police violations of one’s Fifth Amendment Miranda rights. If you have been charged with violence against a family member or household member, contact our office as soon as possible to speak with a lawyer.

The Fifth Amendment of the Constitution requires law enforcement to notify anyone in their custody that they have the right to remain silent and to have a lawyer present while being questioned. If the Miranda warning is not properly given to an individual when they are “in custody” then certain statements made by the individual to the police may be excluded from evidence. It is important to note that one is often in a custodial situation before they have been arrested. Rather, one is in custody at the moment in time an average reasonable person in the same situation would not feel free to leave. If a suspect is being held in the back of the police car in handcuffs, for example, that person would likely be considered to be in police custody. At such a point, if the police have not notified the suspect of their Miranda rights, any self-incriminating statements made in the police car may be excluded from the prosecution’s case. Depending upon whether other evidence exists, the exclusion may result in the dismissal of charges entirely.

In the context of domestic battering, Miranda violations are not uncommon. This is because police responding to domestic violence calls very often separate the individuals involved to conduct interviews about the situation. Perhaps one person is taken to the police car and the other is moved to a home office and held with the door closed while law enforcement attempts to ascertain their account of the altercation. Under such circumstances, the individuals are arguably in custody and should be given their Miranda warnings, but many times are not. One can imagine a person being asked about an incident willingly speaking to the police and making an incriminating statement that results in their arrest. Consider the following example. Police respond to an apartment after neighbors report shouting and suspect physical violence. A couple is removed from the apartment and separated into two cruisers for questioning about the fight. The police do not notify them of their Fifth Amendment rights before interviewing them. The woman has a bloody nose and a black eye. When the police ask the man whether he hit his girlfriend, he says yes and is arrested. He did not reveal that he hit her to defend himself against her physical attacks with a baseball bat, broom, and kitchen knife. His defense counsel will likely file a motion to exclude the statements made by the defendant while in the police car. If the police have no other evidence against him, then the domestic violence charges may be dismissed or the defendant’s chances of defending the charges may be increased. In each case, the outcome will be dependent upon the specific facts of the situation.

If you have been charged with domestic violence, it is important to retain a Little Rock defense attorney to represent your interests. Doing so quickly after an arrest, can ensure that police misconduct is promptly identified and addressed. If you need assistance, contact our office today to speak with a lawyer. In addition to Little Rock, we also handle matters in Fayetteville, Fort Smith, Springdale, Jonesboro, North Little Rock, Conway, Rogers, Pine Bluff, and throughout the rest of Arkansas.