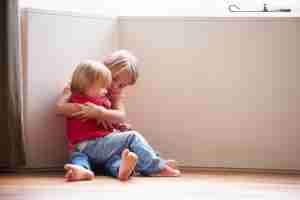 This is the next post in our series on the handling of emergency child custody cases in Little Rock, Arkansas. Our last article discussed the importance of discovery in child custody matters. Parents must realize that cases are won with objective evidence and not with unsubstantiated claims. Discovery is the process by which that objective evidence is accumulated. The conducting of discovery can involve complicated factual and procedural issues. It is important that you retain an attorney with an understanding of the process. In this article we will discuss another important topic – the ramifications of making false accusations against the other parent. If you require assistance then contact our office today to speak with a lawyer.

It is, unfortunately, not uncommon for parents to make false accusations in an attempt to gain child custody. These accusations can range from false claims of alcoholism and drug use to sexual molestation and/or child abuse. Fortunately, the legal system is quite good at “weeding out” such false accusations. After the accusing parent files a motion to change child custody, entities such as the local police and/or Child Protective Services will quickly be asked to investigate the matter. When the claims are shown to be unsubstantiated then a Court may quickly deny the Motion. If it is shown that the accusations were a pure fabrication, then the accusing parent may be required to pay their counterpart’s legal fees.

If a parent is falsely accused of abuse, neglect, or other misconduct, then they may have grounds to restrict the other parent’s visitation with the child. One of the factors the Court considers, when determining child custody, is the extent to which each parent is attempting to foster a meaningful relationship between their counterpart and the child. It goes without saying that making false claims, in an attempt to gain custody, goes against the idea of fostering a relationship between the accused party and the child. Say, for example, that a father is falsely accused of abuse. After the accusations are shown to be false, the father could file a request to restrict the Mother’s visitation on the basis of the false accusation. It is important to understand that how the Court will rule in any given situation is always going to depend on the specific facts of the matter.

If you have been falsely accused of misconduct in a family law matter then contact our office today to speak with Little Rock child custody lawyer. Our attorneys pride themselves on providing the highest level of service and we believe that everyone is entitled to aggressive representation. We are ready to assist you. We also handle matters in Fayetteville, Fort Smith, Springdale, Jonesboro, North Little Rock, Conway, Rogers, Pine Bluff and throughout the rest of Arkansas.