Defending Yourself Against False Accusations Of Sexual Assault In Little Rock, Arkansas 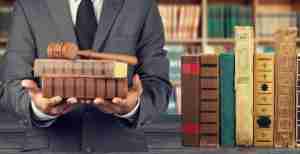 This is the third post in our series on the handling of sexual assault cases in Little Rock, Arkansas. Our last article provided information on the penalties associated with a conviction for sexual assault. We also discussed distinctions between specific crimes and stressed the need to contact an attorney as soon as possible. In this article, we will provide information on how defendants may protect themselves against false accusations of sexual assault. Contact our office today to speak with an attorney if you require assistance.

Sexual assault is a serious offense that can have a wide-range of consequences for those charged with the crime. However, not all sexual assault accusations are based on the truth. False allegations can be brought forth against an individual for a number of reasons. A scorned lover, for example, may decide on this course of action as a way to seek revenge. Further, those involved in other disputes, such as a divorce action or custody battle, may also find themselves the victim of such falsehoods. No matter what the motivation is behind the allegation, the worst thing a defendant can do is to ignore the seriousness of such a charge. Little Rock defendants oftentimes make the mistake of thinking that they will appear in Court and simply explain to the Judge that the allegations against them are false. These individuals typically do not have any evidence to support their claims. Furthermore, they are stunned when they become aware of the extent to which the prosecution is pursuing such charges.

There are several things your attorney can do to prove that these allegations are false. First, they can acquire evidence that points toward the theory that the victim has other motivations. For instance, records of ongoing or recent Court proceedings that would place the victim in an advantageous position if the defendant was convicted. Also, if the incident occurred in a place where other people were present or surveillance is conducted, then counsel can subpoena any footage and interview potential witnesses. Your lawyer may also present any evidence that points to inconsistencies in the victim’s version of events. For example, if the victim continuously contacts or harasses the defendant after the alleged assault has taken place. One method of doing this is to obtain phone records, emails, and social media messages sent to the defendant by the victim. Counsel may also even find such evidence on the victim’s own social media pages. By acquiring this type of information the Court may be persuaded that the allegations are false.

We cannot stress enough the importance of contacting an attorney as soon as possible if you have been arrested. The sooner you retain representation then the sooner a defense can be built on your behalf. Contact our Little Rock office today to speak with a lawyer. We also handle matters in Fayetteville, Fort Smith, Springdale, Jonesboro, North Little Rock, Conway, Rogers, Pine Bluff and throughout the rest of the state.