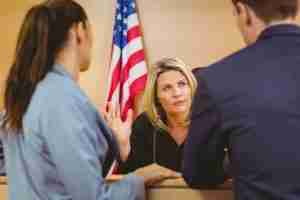 This is the next post in our series dealing with Miranda violations in Little Rock, Arkansas. Our last article discussed re-invoking your Miranda rights after having waived them. It is important to understand that you can re-assert your right to remain silent even if you have begun speaking to the police. If the police did not honor a re-assertion of your rights then they may have committed a Fifth Amendment violation. In this article we will discuss the process of disputing the admission of statements that are taken in violation of one’s right to remain silent. If you require assistance then contact our office today to speak with a criminal defense lawyer.

Over the course of this series we have discussed whether you may have legitimately waived your right to remain silent when you spoke with law enforcement. It is important to remember that the validity of a Miranda waiver will always be fact specific and that you should discuss your situation with an attorney. If your rights were violated then it may be possible to have any statements, that you made to police, excluded from the Court’s proceedings.

The first step in challenging the validity of law enforcement’s claim that you waived your rights is to file a Motion with the Court. This is a formal document in which your counsel will state the facts of your case to the Court. Counsel will also cite and explain case law which applies to your situation and a legal argument will be made as to why the statements should be ruled inadmissible. The prosecution will file an Opposition to the Motion and your counsel will have an opportunity to file a Reply brief. An “evidentiary hearing” will be set for a time shortly after the filing of the initial Motion.

The evidentiary hearing will include testimony from the arresting officer and relevant witnesses. Defense counsel will begin by examining these individuals. The prosecutor will then conduct their examination. Counsel for each side will then make an argument to the Court as to why the evidence, which was presented at the hearing, either supports or fails to support an exclusion of any statements. Depending on the facts of the case the Court may issue its ruling immediately after the final arguments are made. If the case involves novel or complicated legal issues then the Court may take the matter under advisement and issue a ruling at a later date.

If you were arrested and spoke with the police then there is a possibility that you did not give a valid waiver of your Miranda rights. It is important that you discuss the matter with an attorney. Our Little Rock lawyers have more than two decades of combined experience in handling such matters and we are ready to assist you. Contact us today.