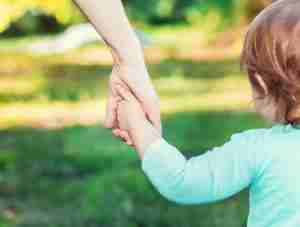 This is the next post in a series of articles addressing specific circumstances in which a Little Rock, Arkansas parent may seek an emergency change to a child custody order. Our previous article discussed situations in which alcoholism or alcohol abuse by a parent may justify a custody change. If a parent’s misuse of alcohol creates a situation in which their child is in danger, a Court may grant the co-parent’s request to modify a custody arrangement on an emergency basis for the child’s safety. Whether the evidence is sufficient to justify such a change will depend upon the specific facts of each case. This article will discuss when a parent’s neglect of a child will be considered an emergency justifying a custody modification. If you need assistance with a custody matter, contact our office to speak with an experienced attorney.

Child neglect is generally defined as the failure of a parent or caregiver to provide for basic needs of a child. This can mean putting them at risk of (or actually causing) serious physical, mental, or emotional harm. Unfortunately, it is not uncommon for one parent to suspect that their child is being neglected by their co-parent. Signs of dangerous neglect may include the child being consistently dirty with body odor while in their care, frequently missing school during such times, or begging for food during their visitation period. Under such circumstances, it may be possible to request that the Family Court temporarily modify custody on an emergency basis for the child’s safety and well-being.

For obvious reasons, if you believe your child is currently in danger due to serious neglect, it may be necessary to contact law enforcement. Whenever possible, it is important to discuss your case with a family attorney promptly to determine whether to seek an emergency custody change. Depending upon the specific facts of the case, the Judge may issue a temporary change effective immediately to remove the child from the dangerous situation. This temporary change often remains in effect pending a more formal hearing or trial to determine if the modification should be permanent or whether the situation can be rectified. Where extreme neglect has occurred or a history of complaints against the parent exists, child protective services will often become involved in the case. CPS may be asked to periodically conduct status checks and monitor the situation to determine if the child can be safely placed back in the parent’s care.

Seeking a custody modification on the basis of child neglect is a serious matter. Disagreements between parents over inconsequential issues, such as forcing a child to eat vegetables or allowing too much time playing video games, may seem upsetting, however, such actions do not constitute child neglect. Judges do not look favorably on unfounded or exaggerated accusations of neglect and may penalize the complaining parent for making such claims. Concerned parents should, therefore, discuss the matter with an experienced attorney prior to initiating legal action.