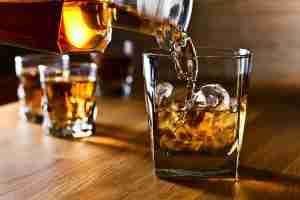 This is the next post in a series of articles discussing emergency child custody modifications in Little Rock, Arkansas. Our previous article discussed custody cases involving parental drug use. Whether the parent’s drug use constitutes an emergency that would justify a change in custody will depend on the specific facts of the case. For instance, a Judge’s view of a person’s use or possession of “hard” drugs may be different compared to their use of marijuana or prescription pills. If the child is at risk of imminent harm as a result of the substance abuse, a Court will likely authorize an emergency custody change for their protection. This article will discuss cases in which alcohol abuse or alcoholism may lead to an emergency change of custody. If you are in need of assistance then contact our office today to speak with an attorney.

When seeking to change a custody order, the requesting parent must prove to the Court that a change in circumstances has occurred since the existing order was issued. The parent must present evidence of new information rather than simply restate the evidence used in the initial proceeding. If an emergency situation arises and the child is at risk of imminent danger due to their other parent’s abuse of alcohol, new evidence such as an arrest for a DUI or the parent’s loss of employment due to an alcohol related incident may be considered a change in circumstances. The requesting parent’s attorney must first file a Motion for an Emergency Change in Custody. This Motion will contain the new evidence referenced above and support the claim that the new circumstances have created a dangerous situation for the child. The lawyer will request an expedited hearing and likely ask the Court to temporarily relocate the child into the requesting parent’s care pending the outcome of the hearing. Depending upon the specific facts of the case, the Judge may alternatively decline to order an immediate change, but postpone the matter until a more formal trial can be conducted. Alternatively, the Court may allow the offending parent to see the child but require supervised visitation pending the trial.

If you are considering asking a court to change custody due to your co-parent’s drinking habits, it is important to understand that not every situation will be deemed an emergency by a Judge. Obviously, when a true emergency exists, such as causing a car accident because the parent is drunk with the child in the vehicle, the Court will very likely take prompt action to protect the child. Where the parents simply disagree about the appropriateness of consuming alcohol around a child, the likelihood of a Judge changing custody on such grounds is extremely low. Discussing your situation with an experienced attorney can help you understand your legal options and when requesting an emergency change is appropriate.