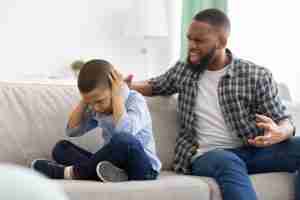 This is the final post in a series of articles which addressed specific circumstances that may give rise to an emergency change in Little Rock, Arkansas child custody cases. When a parent believes that their child’s exposure to their co-parent is dangerous, they may not know their legal options or have any idea how to respond appropriately to the situation. It is important to remember that the family courts make custody determinations based upon what outcome is in the child’s best interest. When an emergency exists in which the parent’s behavior has placed the child at risk of imminent harm, a Judge is likely to modify that parent’s custodial rights, at least temporarily, until the situation can be resolved. The goal of this series has been to provide Arkansas parents with information about the types of situations that may justify an emergency change to a custody order. If you need assistance, contact our office as soon as possible to speak with an experienced attorney.

This series focused on the following topics:

Given the serious nature of these topics, we felt it was important to explain the Court’s general approach to changing custody in these contexts. First, for obvious reasons, exposing a child to dangerous or violent criminal activity is generally considered an emergency for purposes of modifying child custody. Similarly, a parent’s use of illegal or hard drugs, such as heroin or cocaine may also be deemed a safety risk to the child, particularly if the child is present at the time. Impairment that prevents a parent from providing the necessary care or supervision of their child, even when caused by the use of marijuana or validly prescribed drugs, may also warrant an emergency change in custody. Third, when a parent’s alcohol consumption or abuse puts a child in danger, a Judge may determine that modifying a custody order is in the child’s best interest. For instance, getting arrested for a DUI with the child in the car may constitute an emergency in the Judge’s opinion. Finally, extreme cases of child neglect or physical, emotional, or sexual abuse, either by the parent or by another party while in their care, generally result in a modified custody order.

Protecting your child from danger is of the utmost importance. Our firm understands your concerns and is ready to assist you. Contact our office today to speak to a Little Rock lawyer. We also handle matters in Fayetteville, Fort Smith, Springdale, Jonesboro, North Little Rock, Conway, Rogers, Pine Bluff, and throughout the rest of Arkansas.