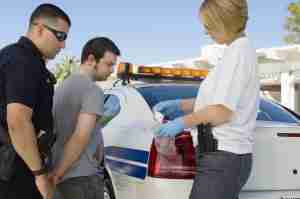 This is the next post in a series of articles discussing specific circumstances in which a parent may seek an emergency change in a child custody order in Little Rock, Arkansas. Our previous article addressed when a parent’s criminal activity constitutes an emergency situation that will likely justify a modification to an existing custody order. A child’s safety is of the utmost importance. Therefore, inherently dangerous criminal activity committed by a parent, such as violent crimes or crimes involving illegal drugs, particularly if such acts are committed in the presence of a child, will prompt a Court to modify custody on an emergency basis. This article will review when drug use by a parent may result in an emergency change in custody. If you need assistance, contact our office today to speak to an attorney.

For an Arkansas Judge to consider an emergency change to an existing custody order, the child must be in serious danger of imminent harm as a result of the other parent’s behavior. This point often arises when one parent’s drug use gives rise to such a request by their co-parent. It is important to understand that a Court’s view of “hard drug” use will be very different than it is in matters involving the use or abuse of prescription medication or marijuana. The mere possession of substances, such as heroin, methamphetamines, cocaine, etc. is a criminal offense. Possessing or using hard drugs around the child will likely be viewed as creating a risk of harm and result in an emergency custody modification.

Whether a parent’s use of prescription drugs or pot constitutes an emergency for purposes of changing custody will depend on whether the parent’s use places the child at risk of immediate harm. Taking a validly prescribed medication in accordance with the doctor’s instructions is not illegal. However, if the drug renders the parent unable to provide adequate care because they are impaired, this may justify an emergency change. Similarly, misuse of prescription medication could create a dangerous situation for the child. The same is true for marijuana. Occasional use may not be seen as a reason to remove the child from a parent’s care on an emergency basis. On the other hand, if a parent is constantly high or impaired while the child is in their care, this may justify expedited action. Even if the Judge determines that such use does not constitute an emergency change, it may be possible to seek a non-emergency modification on the grounds that exposure to such behavior is not in the child’s best interest.

The party requesting an emergency custody hearing must first file a Motion with the Court as well as request an expedited hearing. The initial hearing will be held quickly after the other parent is given at least one day’s advance notice. Particularly when drug use is suspected, the Court will want to quickly obtain a drug test to confirm whether the substance is in their system. Once the test results are available, the Judge will determine whether to grant the emergency modification request. The Judge may either issue a temporary custody change pending a more thorough future hearing or decline to make any change until a future hearing or trial can be held. If the Court determines that a parent is abusing drugs, it may impose supervised visitation pending the outcome of ongoing drug tests and status checks. How a Judge rules will be based on the specific facts and circumstances of each specific situation.

As a Little Rock child custody lawyer, I have experience representing my clients in a variety of custody-related disputes, including emergency situations. If you believe your child is in immediate danger, call the police then contact an attorney as soon as possible to help expedite the emergency custody change request. We also handle matters in Fayetteville, Fort Smith, Springdale, Jonesboro, North Little Rock, Conway, Rogers, Pine Bluff, and throughout the rest of Arkansas.