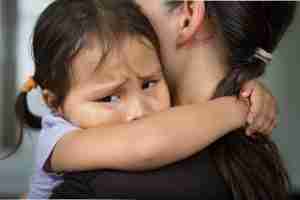 This is the first post in a series of articles addressing specific circumstances in which a parent may seek an emergency change in a child custody order in Little Rock, Arkansas. Few things are as frightening as believing that your child is in danger when they are in the care of their other parent. Under certain circumstances, the behavior of one’s co-parent can create an urgent situation for which the Court will grant an emergency change in an existing custody order for the child’s protection. The goal of this series is to provide information about the types of situations that may justify an emergency modification to a custody order. If you need assistance, contact our office as soon as possible to speak with an experienced attorney.

This series will address the following topics:

We felt it was important to discuss these subjects for a variety of reasons. First, certain criminal activity by a parent such as violent crimes, burglary, or domestic violence will generally be viewed as inherently dangerous to the child. Such behavior will often justify an emergency modification in custody. Second, drug use by a parent may also be deemed a safety risk to the child. It is important to note that a Judge may view the use of “hard” drugs, such as heroin or methamphetamines around a child differently than marijuana or prescribed medication. Third, alcoholism or abuse by a parent, depending upon the specific circumstances, may give rise to a custody change on an emergency basis. Fourth, if there is reason to believe that a child is in imminent danger as a result of neglect by a parent, a Judge may order an emergency modification. Similarly, if a child is being abused by a parent or is in danger of such harm while in their care, a modification may be justified.