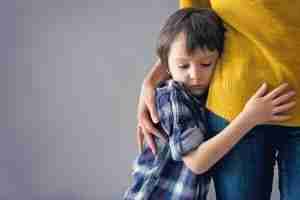 This is the next post in a series of articles discussing defending against domestic violence charges in Little Rock, Arkansas. Our previous post discussed what one may expect in a trial for domestic battery offenses. Given the potentially serious criminal penalties and other adverse consequences of a conviction, it is imperative to vigorously defend oneself at trial. The ultimate decision in such cases will be in the hands of the jury. It is essential, therefore, to engage an experienced criminal attorney to clearly and effectively communicate evidence and complex legal theories during the proceeding. In this post, we will discuss how allegations of domestic battery may impact an ongoing child custody case or an existing custody arrangement. If you have been charged with a domestic violence offense, contact our office as soon as possible to speak with a lawyer.

Earlier in this series, we discussed the significant criminal punishments that one may face if convicted of domestic battery. We also addressed the additional negative impacts one may experience, such as a permanent criminal record, difficulty in securing employment, and the loss of rights to possess firearms in the future. Many individuals accused of violence against family members also face the reduction in or total loss of their child custody rights. When evaluating child custody disputes, family court judges must determine what custody arrangement is in the best interest of the child. For obvious reasons, judges are reluctant to award custody rights to a parent who has a history of violence. If a domestic battery charge is pending or one has been convicted of family violence previously, the court will be hesitant to place a child in that person’s care. The court will not want to place a child in direct danger of abuse or in a situation in which they will witness violence against others. If a custody proceeding is ongoing, it is extremely unlikely that a person convicted of such offenses would be awarded primary, or even joint, custody. Furthermore, a conviction would likely be sufficient grounds for a court to modify an existing custody order or require supervised visitation. The potential impact on custody rights is an additional reason to take such charges seriously and defend oneself against any such accusations.

Consider the following example. A separated couple is engaged in an ongoing divorce and custody case. During the pendency of the divorce, the husband falsely accuses the wife of punching him when he dropped their son off at her apartment. Because she knows the allegations are fake, she is confident she will be cleared of the charges without any consequences. Her spouse obtains a protective order against her and she fails to respond or challenge the accusations at a hearing, planning to explain to the family court later that she is completely innocent of the charges. During her custody proceeding, the family court judge is informed of the alleged incident and that the protective order has been issued against her. The court notes that she did not attend the hearing to oppose such charges. The judge must take the charges seriously and awards primary custody to the father. She is granted supervised visitation only until the domestic violence proceedings are fully resolved, which may take weeks or months. Had she contacted defense counsel as soon as possible, she would have been encouraged to challenge the false accusations immediately and may have preserved her parental rights. If she ultimately prevails in her domestic violence case and demonstrates that the charges were fabricated, her custody rights will likely be restored. If convicted, she may permanently lose custody of her child.

Our firm understands the serious consequences of domestic battery convictions. We have experience defending clients against such accusations. If you need assistance, contact us today to speak to a lawyer. In addition to Little Rock, we also handle matters in Fayetteville, Fort Smith, Springdale, Jonesboro, North Little Rock, Conway, Rogers, Pine Bluff, and throughout the rest of Arkansas.