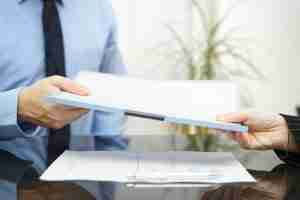 This is the next post in our series on the handling of Little Rock, Arkansas cases which involve unmarried parents. Our last article discussed the process of starting a child custody case. It is important that mothers and fathers understand the process which they are facing. This is due to the fact that having an understanding of the process can, in turn, help a parent to have realistic expectations about their situation. In this article we will be discussing another important topic – the need for discovery in such matters. If you require assistance then contact our office today to speak with a family law attorney. Our lawyers handle cases throughout the state.

Discovery is the process by which information is gained from the other side in a lawsuit. This process provides your counsel with several tools for acquiring such information. Interrogatories are written questions which the other side will be required to answer in writing. Requests for Production require the other side to provide records, physical items, and other forms of documents. Also, a Deposition can be used to require the other party, or any other person, to appear before a court reporter for the answering of questions. Their answers will be recorded in a transcript and, should they attempt to alter their testimony at trial, then the inconsistency can be pointed out to the Court.

Discovery allows for a parent to prove the allegations which they are making against their counterpart. Say, for example, that one is alleging that the other parent is abusing alcohol. Evidence can then be obtained to prove their alcoholism. This evidence can include bank records (which would show ATM transactions at bars), employment files (which can show whether someone was drunk on the job), as well as police records. It is also possible to take the deposition of bartenders, waitresses, and other persons who may regularly see your child’s other parent in an intoxicated state. Such evidence may then be presented at trial.

Contrary to what is often displayed in the media, trial is not won with “surprise” evidence which is kept secret until the last minute. A case is proven through the presentation of evidence that is methodically collected through discovery. If you do not obtain such evidence then you may have difficulty proving such accusations at trial, even if they are true. This is one reason why it is important that parents retain an experienced child custody lawyer.

If you are an unmarried parent, and are involved in a dispute, then it is important that you retain counsel to assist you. Our Little Rock attorneys take pride in the level of service they provide. Contact us today to schedule an initial consultation. We also handle matters in Fayetteville, Fort Smith, Springdale, Jonesboro, North Little Rock, Conway, Rogers, Pine Bluff and throughout the rest of Arkansas.