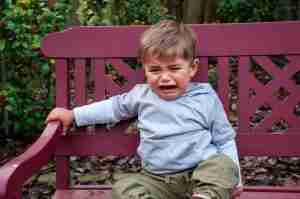 This is the next post in our series on the handling of emergency child custody cases in Little Rock, Arkansas. Our last article discussed the process of filing for emergency child custody. It is important to understand that if the matter is truly urgent, then the Court will often take immediate action. This can result in a temporary change being made within a few days of one filing a Motion. The process of initiating such matters can be complicated and it is important that you retain an attorney who is experienced in handling such matters. In this article we will discuss another important topic – the importance of discovery in these types of matters. If you believe that your son or daughter is in danger then contact our office today to speak with a lawyer.

Discovery is the process by which information is gained from the other side in family law proceedings.There are several tools which this process provides for the gaining of information. Interrogatories are written questions to which the opposing party must give written answers. Requests for Production can be used to require the other side to provide documents, records, and other physical items. Depositions can be used to require the other party, or other witnesses, to appear in the presence of a Court Reporter for the purpose of answering questions while under the penalty of perjury. There are also other tools, such as subpoenas, which can be used to acquire information.

If you have filed for an emergency change of child custody then discovery will be vital to proving your case. Contrary to what is shown in popular media, trials are not won with “surprise” evidence which is uncovered at the last minute. Instead, they are won through the methodical accumulation of evidence. For example, if one has requested that their ex only have supervised visitation, due to alcoholism, then it will be necessary to prove that the person is an alcoholic. Discovery can be used to obtain bank records, credit card statements, and other information which may show excessive spending at bars, clubs, or liquor stores. Discovery can also be used to gain the release of criminal records, such as those which may pertain to a DUI arrest. This is just one example of how the process can be used to gather evidence for your case.

If you are preparing to litigate an emergency child custody case then it is important to speak with a family law attorney immediately. The Court will expect you to provide objective evidence which verifies your claims. Again, discovery is how you will accumulate that evidence. The process can be complicated and the rules of procedure must be followed. By retaining experienced counsel, you help to ensure that your rights are protected throughout the process. Our Little Rock child custody lawyers believe that everyone is entitled to quality representation and we pride ourselves on offering high quality service. Contact our office today to schedule an initial consultation.