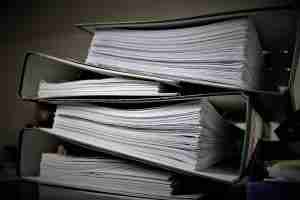 This is the next post in a series of articles discussing requests to modify existing child custody orders in Little Rock, Arkansas. The previous article in this series described the process for seeking a change in a custody order, including filing a Motion and supporting documentation with the Court and the initial hearing process. In this post, we will discuss an important next step in the process, known as discovery. This essential exercise in the litigation process can significantly impact one’s chances of success. An experienced family lawyer will understand how to engage in discovery and effectively build your case in preparation for trial. If you need assistance, contact our office to schedule a consultation with an attorney.

It is important to remember that the parent requesting a modification to their custody order bears the burden of proof at trial. They must be able to demonstrate with objective evidence that there has been a material change in circumstances since the original order was issued and that it would be in the child’s best interest to make a change. Through the process of discovery, the requesting party’s attorney can obtain information from the other parent and third parties to support their argument at court. Discovery tools include the ability to request written answers to written questions, to request the production of records, documents, or other tangible items, and to depose the opposing party or others while they are under oath. Arkansas Judges apply a more stringent standard when considering whether to alter an existing order. This is because keeping the original order in place helps promote a more stable situation for the children and avoids parents re-litigating the same issues. Given the high standard of proof required at trial, evidence acquired through discovery can significantly impact one’s case.

Consider the following example. A mother suspects that her young children’s father is leaving them unsupervised late at night while they are sleeping to meet his girlfriend at a bar near his home. Her suspicions are loosely based on comments made by others on social media and acquaintances who claim to have seen him, but she has no solid proof. Through the discovery process, she requests his bank records and credit card statements, that reveal late evening charges at bars during evenings when the children were at his home. Her attorney deposes several witnesses who testify under oath that they saw him at the establishments on several evenings. She also requests his cell phone data and locates evidence showing him monitoring a nanny cam on those evenings to “check on” the kids. This information, objectively presented to the judge, would be essential to her modification request.

Contrary to what is often shown on television, attorneys do not reveal surprise evidence at the last minute to win a case. Trials are won by methodically accumulating evidence, through the discovery process, and then presenting that evidence in Court. An experienced family lawyer will begin discovery as soon as possible after your initial hearing in preparation for your trial. Our firm handles child custody changes and understands the importance of a successful outcome for the parents and children involved. If you need assistance with a custody matter, schedule a consultation today with an attorney. In addition to Little Rock, we handle matters in Fayetteville, Fort Smith, Springdale, Jonesboro, North Little Rock, Conway, Rogers, Pine Bluff, and throughout the rest of Arkansas.