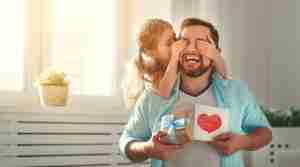 This is the next post in a series of articles discussing fathers’ rights in Little Rock, Arkansas. Our previous post discussed the process for establishing an initial custody order. The Court will issue such an order after a relatively short initial hearing. The order will be temporary pending a formal trial but will establish a visitation and support schedule for the family to follow until such time. An experienced attorney can help ensure that your positions are effectively communicated to the Judge and that your case is handled properly. In this post, we will address the importance of conducting discovery in child custody cases. If you need assistance, contact our office to schedule an appointment with a lawyer.

Discovery is the process by which the attorneys for both parties in a legal dispute gather evidence from the other side and from third-party sources to be used during a trial. Your lawyer will have several discovery tools available to them. These include interrogatories, which are written questions to which third parties must supply written responses. Depositions may be used to obtain sworn witness testimony in advance of the trial. Other tools include requests for production or subpoenas, which force the other party or outside sources to provide documentation, records, camera footage, etc. The discovery process generally begins after the initial hearing and is used to prepare the evidence necessary for the trial.

Discovery is a powerful tool and, when used effectively, can help provide the objective evidence necessary to support your legal arguments. This is especially true in contentious custody battles. Consider the following example. A father is seeking primary custody of his child based on the mother’s abuse of alcohol. Because it is not illegal to drink alcohol, he must demonstrate to the Court that her habits are severe and that it is not in the child’s best interest for her to have primary custody. Using discovery, his lawyer can depose her and require sworn testimony about any instances of arrests for intoxication or disciplinary actions at work for drinking. The attorney may request arrest records or employment records to establish the same facts. The lawyer may obtain copies of bank records showing nightly expenditures at the local bar or witness statements that she is often seen inebriated in the neighborhood. This information may support the father’s position and persuade the Judge to rule in his favor. How the Court will rule in any case, however, will depend upon the specific facts of each situation.

It is important to understand that unlike legal battles shown on television, custody cases are not won with “surprise” evidence at trial. Evidence must be gathered and presented in compliance with strict legal rules. Your attorney will use the discovery tools addressed above to methodically build your case and gather the evidence in support of your positions. Our firm has experience representing fathers in custody trials and is ready to assist you. In addition to Little Rock, we handle matters in Fayetteville, Fort Smith, Springdale, Jonesboro, North Little Rock, Conway, Rogers, Pine Bluff, and throughout the rest of Arkansas.