The Difference Between Embezzlement And Theft Charges In Arkansas 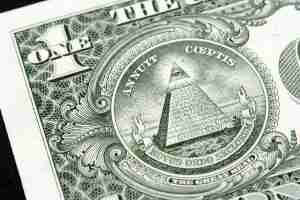 This is the second post in our series on the defending of embezzlement charges in Little Rock, Arkansas. Our last article provided an overview of topics this series will be addressing and stressed the need to retain an experienced attorney if you find yourself facing charges. It is important to understand that such cases can be complicated and that you need a lawyer who has previously handled similar matters. In this post we will be discussing another important topic – the difference between embezzlement and theft charges. Again, it is highly suggested that you contact counsel as soon as possible if you have been charged.

Embezzlement is different from simple theft. “Theft” involves taking and controlling property which was not legally yours. Examples of this include picking someone’s pocket and taking their wallet, robbing someone at gunpoint, shoplifting, etc. “Embezzlement,” on the other hand, involves using a position of trust in order to commit a theft. It is a situation where someone was given authority over money or assets with the understanding that they were trustworthy and the person then took the assets. Examples of this include an employee who takes company funds for personal use, family members who were entrusted with another’s money and then used it for personal purposes, or professionals (such as accountants, lawyers, or money managers) who take funds they have been entrusted with.

Embezzlement is considered a more serious offense than theft due to the fact that it potentially does more harm to society as a whole. When someone steals from another’s wallet then it is bad enough and such conduct will be punished. Embezzling funds from an employer, however, makes it much harder for the employer to do business, to pay vendors, and to meet payroll. When you add in the fact that embezzlement usually takes place repeatedly, and over a long period of time, the problems placed upon the victim can be long lasting. The ramifications of this on society are extreme as employers would quickly go out of business if they continually fell victim to the offense.

The differences between theft and embezzlement are important and prosecutors take them very seriously. The state of Arkansas will have little to no patience for one who has been seen as trustworthy and then chose to engage in a calculated taking of another’s assets. Cases will be aggressively prosecuted even if they are a first offense. It cannot, therefore, be mentioned enough that defendants should contact a criminal defense lawyer as quickly as possible.

Our Little Rock attorneys have over twenty-five years of combined legal experience and have handled many embezzlement cases. Contact our office today to schedule an initial consultation. We also handle matters in Fayetteville, Fort Smith, Springdale, Jonesboro, North Little Rock, Conway, Rogers, Pine Bluff and throughout the rest of the state.