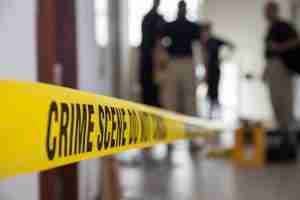 This is the first post in what will be a series on the process of defending those in Little Rock, and throughout Arkansas, who have been charged with a violent crime. We feel this is an important topic to address due to the aggressive nature which prosecutors often take in such matters. We cannot stress enough that, if you are charged with a violent offense, that you need to contact a criminal defense lawyer immediately.

We will be addressing several topics over our coming posts. Issues we intend to analyze include:

We have decided to address these types of issues as they do not arise in most non-violent cases. Examples of cases in which these types of issues are typical involve robbery, assault, battery, and homicide. When selecting an attorney to defend you in such a matter it is important that you retain counsel familiar with the above-mentioned issues.

We cannot stress enough that you need legal representation if you are facing such allegations. Our Little Rock attorneys also handle matters in Fort Smith, Fayetteville, Springdale, Jonesboro, North Little Rock, Conway, Rogers, Pine Bluff, and throughout the rest of Arkansas. Contact us today.