Defending Arkansas Residents Against The Revocation Of Probation 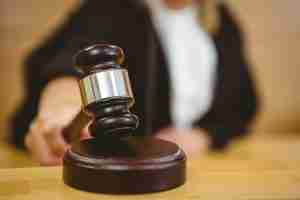 This is the next post in our series on the serving of probation in the state of Arkansas. Our last post discussed what one can expect while serving probation and stressed the need to make the most of this second chance. In this article we will be discussing steps which can be taken when one is accused of violating the terms of their probation. If you or a loved one are facing revocation proceedings then it is critical that you contact a criminal defense attorney immediately.

The process an Arkansas criminal defendant faces is far different in a probation revocation then it is in a criminal proceeding. When one is initially charged then they have the presumption of innocence. It is up to the prosecution to prove, beyond a reasonable doubt, that one committed a crime. In a probation revocation proceeding, however, whether or not one goes to jail or prison is within the discretion of the Judge and it does not need to be shown beyond a reasonable doubt that one violated probation. If the Judge believes that the terms of one’s freedom were violated then the Judge may incarcerate the defendant and any such decision is highly unlikely to be overturned on appeal.

The process of a probation revocation proceeding is straightforward. The prosecution will file a Notice with the Court that they intend to proceed with the revocation process. Shortly thereafter a hearing will be held at which the probationer’s officer will testify. The Court will also consider any other evidence related to the revocation. This evidence will include proof that the accused has committed new offenses as well as other evidence of misconduct. At the end of the hearing, the Judge will issue his or her decision.

One should not assume that they are automatically going to be revoked just because the prosecution has decided to proceed against them. Quite often it is possible for a defendant to be reinstated onto their probation. This can occur either by one’s defense lawyer negotiating an arrangement with the prosecution. Such an arrangement results in the accused being placed back on probation with stricter conditions than those which were in place originally. Another possibility is that the accused’s attorney is able to successfully argue to the Judge that one does not warrant revocation. Evidence that one deserves another chance may include proof that the probationer is maintaining employment, is going to school, or that revocation is not necessary. If one receives an additional opportunity from the Court then they should make the most of it; a Judge will be unlikely to grant any additional chances.