Understanding the Consequences of Reckless Driving in Arkansas 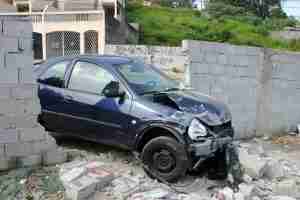 Many Arkansas drivers incorrectly assume that the punishment for Reckless Driving is to incur a large number of points on their license. While this is partially true (an automatic 8 points will be accumulated for a reckless driving conviction) the punishment goes beyond being administrative in nature. This is the first post in a two part series. Today’s discussion will focus on the consequences of being charged with reckless driving. Our next post will focus on how an attorney is able to defend the allegations.

Reckless driving is a misdemeanor that can be charged for a number of driving violations. An officer may choose to give you a reckless driving citation over a lesser ticket if you are driving more than 20 miles over the speed limit, are thought to be racing another vehicle, recklessly swerve through traffic, or purposefully drive through stop lights and stop signs. Penalties for being convicted of reckless driving may include 5 days to 3 months in jail and a fine of up to five hundred dollars. Fines and jail time increase if physical injury is caused or if a person is charged with reckless driving more than once in a 3 year period.

Since reckless driving is a misdemeanor crime, it is important not to handle the charge yourself. Many people make the mistake of pleading guilty to reckless driving charges, and suffer long-term consequences, when the charge could have been defended. Often the cost of hiring an attorney is less than the expense of having to pay court fines and suffering lost wages due to having to serve jail time. If you are a Little Rock resident and have been cited for reckless driving then contact our criminal defense attorneys right away for a consultation.