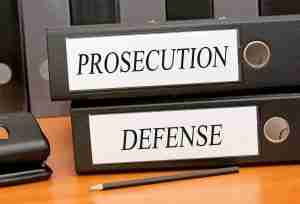 This is the next post in our series on the handling of fraud charges in Little Rock or elsewhere in Arkansas. Our last article discussed the penalties one faces for fraud. It is important to understand that the term “fraud” actually covers a wide range of conduct and the specifics of each case will vary. In this post we will be discussing the types of issues which are common in the many different types of such cases. One point we cannot stress enough is the fact that you should contact a criminal defense attorney as soon as possible if you have been arrested and charged.

Many fraud charges arise after police or other law enforcement officers have obtained information or records from the defendant. This information may include data which was stored on the defendant’s computer, paper documents, or information which was kept on the defendant’s cell phone. It is important to understand that the police typically cannot seize such information without a search warrant. This means that if one is arrested or questioned by police, and the officers retrieve such information without first obtaining a warrant, then it is possible to keep incriminating evidence out of court. Excluding such evidence from court can often result in charges either being reduced or dismissed.

The first step in excluding illegally seized evidence from a fraud case is to file a “Motion to Suppress” with the Court. A hearing will be scheduled and the officers who retrieved the evidence will be required to testify. Your counsel will be given the opportunity to examine the officers and present evidence to the Court showing that your Fourth Amendment rights were violated when the records or information was recovered. If the Court finds that your rights were violated then the evidence will be ruled inadmissible for trial. In many instances such a ruling will essentially end the case as the prosecution would be without needed proof.

Another issue which arises in fraud cases is the police gaining statements, or even a confession, from the defendant in violation of his or her Fifth Amendment Miranda rights. Unfortunately, many defendants speak to the police without having an attorney present. If they make incriminating statements to law enforcement then such statements can lead to a conviction. It must be understood, however, that statements will only be admissible in Court if 1) the defendant was advised of his or her right to remain silent before speaking to the police and 2) those rights were voluntarily waived without coercion from law enforcement. Statements taken in violation of these rights can also be excluded from trial. The process for excluding such statements is similar to the one described above regarding records or other information.

Contact our Little Rock criminal defense attorneys today if you have been arrested or charged with fraud. It is important that you understand that options may exist for your defense. Our lawyers have over twenty five years of combined legal experience and will aggressively protect your rights throughout the process. Contact us today to schedule an initial consultation.