Federal Prisoners in Arkansas May Received Reduced Sentenced Through Clemency 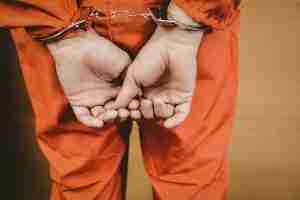 The Department of Justice has issued new rules regarding the granting of clemency for federal inmates. We will be discussing this issue at length in the next few weeks and will address who may be eligible for clemency as well as the process of applying for it. If you were convicted of a federal offense in Arkansas, and believe you may be eligible to receive a reduced sentence, then you should contact a clemency attorney immediately.

The DOJ is broadening clemency eligibility as part of the Obama administration’s “smart on crime” approach. Given the financial difficulties of the U.S. Government, this change should be seen as welcome. Maintaining a massive prison population is highly expensive. By way of example, Arkansas spent $326.1 million dollars on its state prison system in 2010. The Fair Sentencing Act, passed roughly three years ago, took steps to reduce the extent to which people were receiving extreme federal sentences for low level offenses and is seen as a step towards reducing the massive expense of the U.S. prison system. That act, however, did nothing to help the large number of inmates already serving harsh sentences who, ironically, would have received less time under the new law. The recent policy change aims to correct that.

The new clemency standards likely apply to as many as 2,000 federal inmates in the U.S. Some of these detainees are in Arkansas. To be eligible under the new clemency standards, one convicted under federal criminal charges must have a clean prison record, must have served at least 10 years of a sentence, and must not be a threat to public safety along with other requirements. The DOJ is assigning additional attorneys to assist with the review of clemency petitions given the large number of people the law is likely to apply to.

Clemency is not a given under the new standards. One seeking a lighter sentence must apply for it and show that he or she meets the necessary criteria. An Arkansas federal criminal lawyer is able to help those in our state who wish to file the application. Having an attorney assist you may very well make the difference between having your application granted and having it denied. Over the next few weeks we will be writing more extensively on this topic.

The Price of Prisons | Arkansas; January, 2012. Accessed at: http://www.vera.org/files/price-of-prisons-arkansas-fact-sheet.pdf