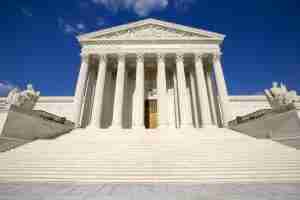 This is the next post in our series on how Arkansas residents should go about choosing a criminal defense lawyer for high-level felony charges. Our last post discussed the steps a defense lawyer will take in felony matters as opposed to misdemeanor charges. Understanding the differences in the tasks which an attorney will perform is crucial. In this article we will discuss factors which one may wish to consider when choosing an attorney for Federal charges.

A resident of our state facing Federal criminal charges will proceed in either the Court for the Eastern District of Arkansas or the Court for the Western District of Arkansas. The Federal process is typically more formal than Arkansas’ state criminal process. These formalities include the U.S. Court’s strict adherence to deadlines, the Court’s reluctance to continue matters without good cause, and a stricter approach to admitting evidence. Not all attorneys are licensed to practice in Federal Court and, of the one’s who are, many do not do so often.

When facing Federal charges one should retain counsel who is familiar with the Federal process. Differences between Federal and State Court can include issues such as how the Court calendars Motions, the deadlines at which documents should be filed, and the law which will be applied to your case. This latter difference is perhaps the most crucial.

Being charged in Federal Court means that one is alleged to have violated the laws of the U.S. Federal Government rather than the state of Arkansas. This means that the attorney you retain needs to be familiar with Federal law. These laws include Title Eighteen of the U.S. Criminal Code, Decisions from the Eighth Circuit Court of Appeals, as well as decisions from the U.S. Supreme Court. If counsel is not familiar with these sets of laws then issues may be missed.

Our Little Rock criminal defense lawyers handle Federal cases in each of Arkansas’ District Courts. Attorney Patrick Benca has received multiple awards for the level of representation he provides and aggressively protects the rights of the accused. We are highly familiar with the Federal process and will give your matter the attention it deserves. Contact us today to schedule an initial consultation.