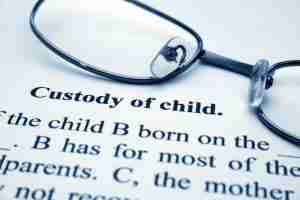 This is the next post in our series on the handling of Little Rock, Arkansas child custody cases which involve unmarried parents. Our last article discussed the need for unwed parents to obtain a custody order. Obtaining an order helps to ensure stability in the event that the parties’ relationship ever breaks down. In this article we will discuss the process of filing a child custody case and obtaining an initial order from the Court. It is important to retain an experienced attorney in order to ensure that your matter is handled properly. Contact us today to speak with a lawyer.

Assuming that paternity has already been established, the first step in a child custody case is to file a Complaint with the Court. This is a formal document in which the initiating party will state who should have custody, the extent to which the other parent should have visitation, and the amount of child support to be paid. The other side will be served with the Complaint. Shortly after the Complaint is served, your counsel will file a Motion with the Court requesting that a temporary set of orders be put in place. This means that a request is being filed which asks the Court to issue a temporary arrangement regarding custody, support, visitation, etc. This allows the parents to have a sense of structure while the case proceeds.

A hearing will be held on the Motion after it has been filed. The other parent will have a chance to file a response and both sides will attend the hearing. This initial hearing is not a trial and the parents will not testify. Instead, counsel for each side will argue to the Judge as to how custody should be awarded. The Court will issue its ruling once the hearing has been completed. There will then be an enforceable order in place, which each side will be required to follow. Failure to follow the order can result in the offending party being held in contempt of court.

At the end of the hearing the Court will also set a trial date. Each side will then begin the process of preparing for trial. We cannot stress enough the fact that litigating a family law matter is complicated and it is best for you to hire experienced representation. Our Little Rock child custody lawyers pride themselves on providing the highest level of service and they are ready to assist you. Contact our office today. We also handle matters in Fayetteville, Fort Smith, Springdale, Jonesboro, North Little Rock, Conway, Rogers, Pine Bluff and throughout the rest of Arkansas.