Changing Child Custody In Little Rock, Arkansas Due To Drug Use 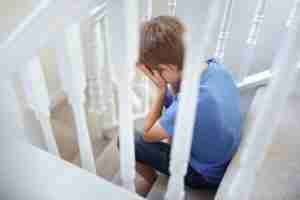 This is the next post in our series on the handling of Little Rock, Arkansas child custody cases which involve drug use by one of the parents. Our last article provided an overview of topics which this series will be addressing. It also stressed the need to speak with an attorney as soon as possible if you find yourself in such a situation. It is important that you speak with counsel sooner, rather than later, and that you do not take matters into your own hands. Doing so can hurt your case more than it will help it. In this article we will explain the process of filing for a custody change due to the use a controlled substance. If you require assistance then contact our office to speak with a lawyer.

The first step in modifying your current custody order, due to a parent’s drug use, is to file a Motion to Change Child Custody with the Family Court. This is a document in which your attorney will state how circumstances have changed since the last custody order and why a modification would be in the best interests of the child. In cases which involve drugs, the “change in circumstances” and “best interests” analysis are obvious. The Motion will need to include proof that drug evidence is occurring. This evidence can take the form of police reports, affidavits, and other items. The Court will set a date at which it will hear the Motion. If the matter is an emergency, then the Court may be willing to hear the matter on an expedited basis.

As stated above, it is important that your Motion include evidence that drug use is going on. If the other parent has been arrested for drug use, then an arrest report is obvious evidence. If the other parent has been fired from their job due to a failed drug test, then an affidavit stating as much can be included with the Motion. The discovery process, which we will discuss in a later article, can then be used to obtain the other parent’s employment file as proof of the drug-related termination. These are just a few examples of the types of evidence which Little Rock parents may offer to the Court.

We have previously discussed the handling of emergency child custody cases. The Court will typically consider the matter to be an “emergency” if the physical or mental well-being of the child is in immediate danger. It goes without saying that drug abuse can often result in such danger to a youth. This means that, when the facts justify it, the parent requesting a modification may ask the Court to hear the matter immediately. If you wish to file a request for an expedited hearing then it is important that you retain an attorney who is experienced in handling such matters. Our Little Rock child custody lawyers strive to provide the highest levels of service and we are ready to assist you. Contact us today to schedule an initial consultation.