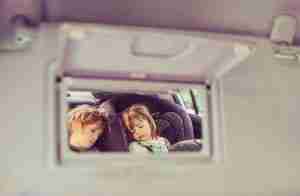 This is the next post in a series of articles discussing situations in which a Little Rock, Arkansas parent refuses to return a child to the other parent in violation of a custody order. My previous article explained what parents can expect after obtaining a pick-up order. Following the safe return of the child, the court will hold an initial hearing to determine whether the offending parent should be held in contempt for their failure to comply with the applicable court-ordered custody arrangement. It is important to retain experienced counsel to present your case to the court. In this article, I will discuss situations in which a parent may request a change in custody after a parental abduction occurs. If you need assistance with a custody matter, contact my office to speak with an attorney.

Under certain circumstances, an Arkansas family court judge will consider modifying a custody order following a parental abduction. The court will consider whether the change in custody is in the best interests of the child. This analysis is based on several factors. One important factor in the court’s evaluation is the extent to which a parent fosters a relationship between the child and their other parent. This is particularly relevant in parental abduction cases when one parent is intentionally denying the other access to the child. For example, a mother who refuses to let her son visit his father for multiple weekends in a row simply because she doesn’t like his new girlfriend may be committing parental abduction. Her behavior would not likely be viewed as fostering a healthy relationship between the child and his father. Such actions may help support the father’s request to modify custody. Other factors may include whether either parent has a history of violence or abuse, the child’s physical and emotional needs, the mental health of both parents, and any previous abduction issues. The court’s decision will be based on the specific facts of the situation.

The court will conduct an assessment of the modification request at an initial hearing. If the motion was filed in connection with a parental abduction case, the initial hearing may include a decision about whether the offending parent should be held in contempt as well as the custody modification matter. Counsel for each party will submit evidence supporting their claims as part of the initial court filings. Evidence may include items such as text messages, emails, or voicemails demonstrating a parent’s refusal to return the child. Other objective documentation or proof of the parent’s previous violations, history of violence, or changes in the child’s behavior or school performance resulting from the current custody arrangement may also support the request. Depending upon the specific facts of the case, the court may do one of three things at the conclusion of the initial hearing. It may deny the request outright, decline to make a temporary change after the initial hearing but schedule a future trial to fully evaluate the matter or grant a temporary custody change pending a future trial.

A parent’s refusal to comply with a custody order can be frustrating and scary. It is, therefore, imperative to consult with experienced counsel if you believe your custody order should be modified in response to this behavior. Doing so can help ensure that you present an effective case to the court. If you need assistance, contact my office today to speak to a Little Rock attorney. I also serve clients in Fayetteville, Fort Smith, Springdale, Jonesboro, North Little Rock, Conway, Rogers, Pine Bluff, and throughout the rest of Arkansas.