Challenging The Use Of Evidence In Little Rock, Arkansas Financial Fraud Cases 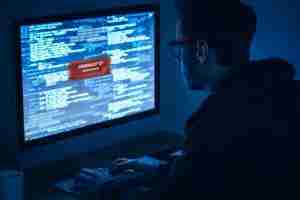 This is the next post in our series on the handling of Little Rock, Arkansas cases which involve complex financial fraud. Our last article provided an overview of topics which this series will be addressing and stressed the need to contact a criminal defense attorney who is experienced in handling such matters. It is important that you retain a lawyer who has previously dealt with expert witnesses and who knows what to expect from the trial process. In this article we will address a topic which is crucial in such cases – challenging the use of evidence which was illegally seized by law enforcement. If you need assistance then contact our office today to schedule an initial consultation.

The Fourth Amendment to the United States Constitution protects individuals from unreasonable searches or seizures by law enforcement. This means that, generally speaking, police must obtain a warrant before searching a person’s computer, smartphone, or personal record. Such a warrant must have been properly issued by a Judge after a finding of probable cause. It is possible to have evidence obtained, in violation of these principles, excluded from the Court process. Depending on the nature of the case, excluding such evidence may result in a dismissal of the charges.

The first step to excluding illegally seized evidence is to file a Motion to Suppress with the Court. This is a written document in which one’s lawyer explains the facts of the case and why the law supports finding that law enforcement violated the Defendant’s rights. In cases where the officers did not obtain a warrant it will be necessary for your lawyer to argue one was required. In cases where a warrant was issued your representative will argue that the Court erred in issuing a warrant as there was not probable cause to support it. The prosecution will file a responding brief and your attorney will file a reply to that opposition.

An evidentiary hearing will be held and the investigating officers will be required to testify. The defendant’s representative will be permitted to cross-examine the officers as well as any other relevant witnesses. Testimony will revolve around the facts of the case and what caused the officers to seize the evidence at question. If they did obtain a warrant then the facts which they included in their warrant application will also be examined. Once testimony is concluded then the Court will take the matter under advisement and issue a ruling once a decision has been reached. Again, whether or not evidence should be excluded in a case will always depend on the specific facts of the situation.

Contact our office today to speak with a Little Rock criminal defense lawyer. Our attorneys have over twenty-five years of combined legal experience, are licensed in Federal Court, and have handled many cases involving financial fraud. We believe that everyone is entitled to a rigorous defense and we are ready to assist you. We also handle matters in Fort Smith, Fayetteville, Springdale, Jonesboro, North Little Rock, Conway, Rogers, Pine Bluff, and throughout the rest of Arkansas.