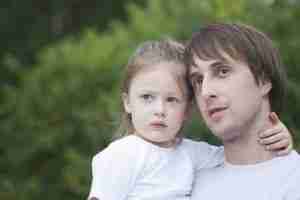 This is the second post in my series which is meant to provide a better understanding of Arkansas child custody laws. My previous article provided an overview of topics which this series will be addressing. It also stressed the importance of speaking with an attorney if you are involved in a family law dispute. It is important to speak with counsel sooner rather than later as doing so allows you to get into court in a more timely fashion. In this article I will address the basis on which our state’s courts will base its custody decisions – the best interests of the child. If you or a loved one are involved in a legal dispute then contact my office today to speak with a Little Rock lawyer.

When a parent petitions the court for custody, neither parent will be given preference on the basis of gender. Instead, Arkansas custody decisions are always based on the best interests of the child. When determining what is in a child’s best interests, the Court will consider factors such as the preference of the child (assuming they are of sufficient age and maturity for their preference to matter), the needs of the child and the ability of each parent to meet those needs, the historical relationship between the child and each parent, any history of violence between the parties, the need for the child to maintain a relationship with each parent, and more. The Court will consider all of these factors but is not required to give equal weight to each of them. This means, for example, that a parent may prevail on several factors but a glaring problem on a single factor may be enough to award the other parent custody. This concept is best explained by way of example.

Suppose the father of a child has primarily been the caretaker and the parents are now going their separate ways. Also, suppose that the father has a work schedule that is more conducive to being home when the child is not in school and that dad has a child, from a prior relationship, that the child is close with. Now suppose that dad has also been convicted of domestic violence against the mother and has been shown to be physically abusive on more than one occasion. Under these facts, the father would outweigh the mother on several factors; he has historically been the primary caretaker and he is better situated to care for the child currently. Also, it is important for the child to have a meaningful relationship with their sibling. The ongoing violence, however, could very well result in many judges granting custody to the mother. If the violence is extreme enough, the Court may even order that the father’s visitation be supervised. Again, this is simply an example and how the Court will rule in any given matter is always going to depend on the specific facts of the case.

An experienced attorney will assist a parent in making a case that it is in the best interests of the child to be in their care. Counsel will present evidence for how the child will be cared for, steps that will be taken to ensure that the child’s education is a priority, plans for making sure the child can participate in extracurricular activities, and more. By discussing your situation with counsel, you help to ensure that the important facts in your case do not go unpresented to the Court.

If you need assistance with a family law matter, then contact my office today to speak with a Little Rock child custody lawyer. My office understands that this is an important time in your life and will give your case the attention it deserves. We also handle matters in Fayetteville, Fort Smith, Springdale, Jonesboro, North Little Rock, Conway, Rogers, Pine Bluff and throughout the rest of Arkansas.