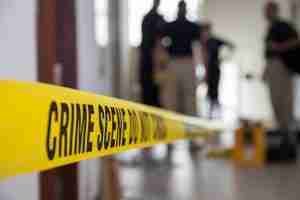 This is the fifth post in our series on the handling of sexual assault cases in Little Rock, Arkansas. Our last post provided information on search and seizure issues in sexual assault cases. We also discussed how the illegal seizure of evidence can result in a dismissal of charges. In this article we will discuss what defendants can expect to occur if their cases are taken to trial. It is imperative that you contact an experienced criminal defense lawyer if you or your loved one has been arrested for sexual assault. Contact our office today to speak with an attorney if you require assistance.

After a Little Rock defendant has been arrested and charged with sexual assault, he or she will go through a process called arraignment. During the arraignment, the accused will plead “guilty” or “not guilty” and a date will be set for trial. It is also during this time that defense counsel can request certain information regarding the case from the prosecution. This practice is referred to as discovery and it allows the defendant to obtain evidentiary material that may be vital to the case, such as arrest reports, witness statements and sworn testimony. Your counsel will also conduct a full investigation into the facts of the case in order to prepare for trial. This may include visiting the scene of the crime, interviewing potential witnesses, and obtaining copies of possible surveillance. Your attorney may also attempt to locate any documents associated with current or recent court proceedings in which both you and victim are parties. If your lawyer believes that officers obtained statements or evidence from you in violation of your rights, he or she will file the necessary Motions with the Court as well.

In many cases, a trial may not be necessary due to the manner in which the evidence against you was obtained or your counsel’s ability to negotiate on your behalf. However, once it has been determined that a trial is inevitable, it is crucial that you have an experienced attorney on your side to ensure your rights are preserved.

Little Rock defendants are given the option to a jury trial in cases involving a felony charge, such as sexual assault. The jury will typically be comprised of twelve jurors who must unanimously decide for or against your guilt. Jury selection begins with the collection of a pool of candidates. Those candidates then go through a process referred to as voir dire. Voir dire consists of a series of questions posed to the prospective jurors by the prosecution and the defense counsel. The Judge may also ask particular questions to the jurors as well. If the Judge believes that a potential juror displays a propensity for bias, then that juror may be stricken from the pool. Each attorney will also have the opportunity to remove jurors from the pool. However, jurors cannot be removed based on their race, ethnicity, religion, gender, or for any other protected reason.The trial will begin once a jury has been selected and empaneled.

Once the case proceeds to trial, each side will make an opening statement before the jury. The prosecution will begin by presenting its evidence and calling on any witnesses they have scheduled to testify. The defense is then given the opportunity to object to any testimony through cross-examination. The prosecution will then offer any “rebuttal” evidence relevant to the scope of the defense’s questioning. This means that no new points may be raised by the prosecution in rebuttal. Each side will then make their closing arguments and the jury is given a chance to deliberate. Lastly, the jury will decide whether the defendant is “not guilty” or “guilty.” For those found guilty, the accused will be sentenced. If probation is ordered, the terms of the supervised release will be explained.

One point we cannot stress enough is the importance of retaining a counsel early on these matters. An experienced attorney will be familiar with all aspects of the judicial process as it pertains to a sexual assault case. Contact our office today to speak with a lawyer if you have been arrested for sexual assault. We also handle matters in Fayetteville, Fort Smith, Springdale, Jonesboro, North Little Rock, Conway, Rogers, Pine Bluff and throughout the rest of the state.