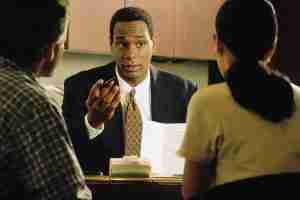 This is the next post in our series on issues an Arkansas defendant should consider before accepting a plea deal. Our last post served as an overview of topics we will be discussing over this series and stressed the need to speak with an attorney prior to entering into a deal. We will be stressing this latter point in this article by explaining further why one should consult with counsel prior to resolving their case through a deal.

Criminal defendants benefit by consulting with counsel prior to accepting a plea agreement. Quite often defendants feel that they were “caught” and that they do not have a way of defending their case. This feeling, in turn, leads to many accepting a plea due to a belief that they have no other option. It is important to understand, however, that there are other ways of defending a case besides trying to win a “not guilty” verdict at trial. There may be search and seizure issues which greatly reduce the prosecution’s ability to pursue charges. In cases involving drug charges, for example, suppression of the drugs due to Fourth Amendment violations can essentially end the case. Also constitutional guarantees against things such as overly suggestive eyewitness identifications may make the difference in a case. Consulting an attorney can help Arkansas defendants understand if pursuing any of these strategies are an option in their case.

At the beginning of a case one’s counsel will analyze what is known as “discovery.” This includes police reports, arrest reports, witness statements, and other initial evidence as to what happened in the case. A lawyer will often be able to tell, from analyzing the discovery, whether issues such as those just mentioned can be pursued by a defendant. Counsel can give an honest assessment as to whether such strategies should be pursued or if a plea agreement should be accepted early on. By speaking to a lawyer you can better understand your options.

A lawyer can also help a defendant understand the ramifications of accepting a plea deal. These ramifications will include how long one will be under supervision, what special requirements one will have to submit themselves to (such as regular drug testing), conduct which may constitute a violation of probation, and what one can generally expect. One should never make a major life decision without fully understanding their choices and accepting a plea deal is certainly such a decision.

Our Little Rock attorneys take a team based approach to problem solving and will work to ensure that you understand all of your options before accepting a plea agreement. Our lawyers regularly provide clients with their cell phone numbers and promptly return all phone calls. We understand that this is a successful time in your life and will help to facilitate the process as much as possible.