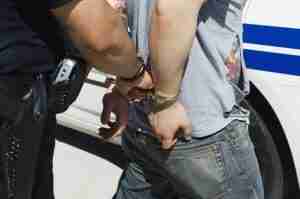 This is the last post in our series on marijuana laws in Arkansas. We discussed the fact that marijuana use continues to be a criminal offense in our state even though it is legal elsewhere. We also offered insight on how to proceed if you are arrested for possession of pot. Our last post looked at several ballot initiatives which may legalize cannabis in the state of Arkansas.

Cannabis is on a rapid path to legalization in the United States. The large tax revenues already seen in the state of Colorado are prompting several other states to begin the process of legalizing the drug. In 2012 there was a marijuana related arrest in the U.S. every 42 seconds[i]. As Arkansas faces budgetary problems caused in part by the overcrowding of jails and the use of law enforcement to fight cannabis, it becomes more likely that the drug will become legal in our state. It’s not an issue of “if” as much as it is an issue of “when.”

The statistics from Colorado greatly support the argument that Arkansas should legalize cannabis. Six months after marijuana legalization, Colorado has collected over eleven million dollars in retail taxes from the drug’s sale. Just as important, the state is reporting a decrease in violent crime and it is estimated that Colorado will save as much as forty million tax dollars in 2014 due to not having to enforce marijuana possession laws[ii]. It is also estimated that roughly 10,000 people are now employed by the state’s legal pot industry. In other words, Colorado is seeing results that Arkansas could benefit from.