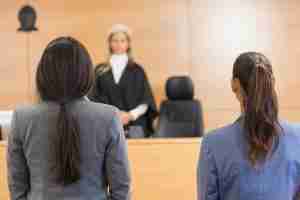 This is the next post in our series on the serving of probation in Arkansas. Our last post discussed what one can expect from the probation revocation process and how to defend themselves. It is important to understand that one’s probation will not necessarily be terminated even if the prosecution has elected to attempt to do so. In this article we will be addressing how one may attempt to end their probation early. If you believe that you are eligible to end your probation early then we strongly suggest you attempt to do so by calling an attorney immediately.

An Arkansas Judge may be willing to end one’s probation early if the probationer has excelled with the second chance he or she was given. When deciding whether to release one from supervision early, the Court will consider factors such as:

It is strongly suggested that one apply for an early probation release if they meet the requirements listed above. Ending your probation early means a reduced chance of facing a revocation proceeding later on. Even if one has in fact been the model probationer, the simple fact is that human beings are capable of mistakes. If one commits a new crime while on probation, then the process of revocation will be relatively straightforward for the prosecution. If, however, one is no longer serving probation and he or she picks up a new charge then the accused will be entitled to the presumption of innocence and a trial. This difference in the process is critical and may be the deciding factor in whether one is sent to prison or if one is released.

Our Little Rock attorneys assist Arkansas residents who believe they are eligible for the early termination of probation. If you meet the requirements listed above then contact our office today for an initial consultation. We are ready to assist you.