Arkansas Defendants Should Understand The Idea Of Lesser Included Offenses 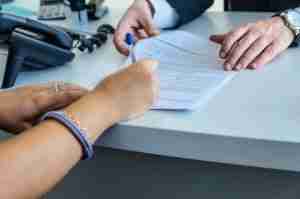 This post is meant to explain the concept of “lesser included offenses” to Arkansas defendants. We feel it is necessary for those in our state to understand the topic because it has important implications in any criminal case. We decided to write on this topic due to a recent victory at our office and due to the frequent overcharging of cases by prosecutors.

Our office recently represented a defendant who had received a new trial. The client, who had been in prison since the 1990’s, had been sentenced to death for first-degree murder. After his new trial, the Jury found him guilty of a lesser included offense, second-degree murder, and he was sentenced to thirty-eight years in prison rather than death. We feel our client will gain parole soon and he will be able to resume his life.

Arkansas defendants should realize that, while they may be guilty of a crime, they may not be guilty of the crime with which they are charged

The idea of lesser included offenses is very important in criminal law. It is common for one to commit a crime and to be charged with something greater than the crime they actually committed. Examples of this include being charged with homicide when one may have been guilty of the lesser crime of manslaughter. Other examples are common in cases involving violent crimes as defendants are often charged with having a level of intent which was not present at the time of the offense. The idea of lesser included offenses can be crucial to developing a defense strategy and to making the decision of whether to accept a plea bargain or to fight the charges at trial.

Hiring an attorney who understands the idea of lesser included offenses is critical to your future. Our Little Rock criminal defense lawyers have extensive experience in defending the accused through our state. Contact us today to schedule an initial consultation.