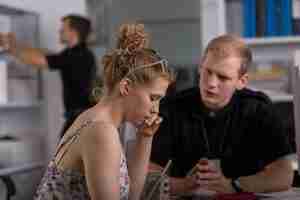 This is the second post in our series discussing the handling of violent criminal charges in Arkansas. Our last article provided an overview of topics we will be discussing and stressed the need to contact an attorney if one is charged with a crime of violence. It is important to have quality representation in such matters as prosecutors aggressively pursue such cases. In this post we will discuss the possibility of claiming self-defense when charged with a violent crime.

Arkansas residents may use reasonable force to defend themselves

It is more common than many realize for the wrong person to be arrested in a case involving assault, battery, domestic violence, or other offenses involving an altercation. Police are often forced to make an arrest after listening to each side’s version of events and considering other circumstantial evidence. Such evidence can lead to one mistakenly being labeled as the primary aggressor, and being arrested, even though they were defending themselves. It is these types of situations which lead to the use of a self-defense claim in Court.

Arkansas residents are allowed to use reasonable force to defend themselves from violence. The key concept is that the force used must be “reasonable.” This means that the force used in defense cannot be disproportionate to the threat one faces. If, for example, one is afraid that an aggressor is going to punch them then they may be able to strike the aggressor but they cannot pull out a gun and shoot the aggressor. If one is charged with a violent crime, and it can be shown that they were only using reasonable force to defend themselves then they may be acquitted at trial.

If you are charged with a violent offense then it is crucial that you hire an attorney who is familiar with the concept of a self-defense claim. Issues which should be investigated include the harm to both parties and whether any injuries are consistent with a self-defense claim, inconsistencies in the story of the person claiming to be the victim, as well as the surrounding area in which the incident occurred. Analysis of the broader facts will allow your lawyer to determine whether a self-defense claim is viable and to establish a strategy for presenting such a defense in Court.

Contact our Little Rock lawyers today if you are charged with a violent offense in Arkansas. Our attorneys also handle matters in Fort Smith, Fayetteville, Springdale, Jonesboro, North Little Rock, Conway, Rogers, Pine Bluff, and throughout the rest of Arkansas. Contact us today.