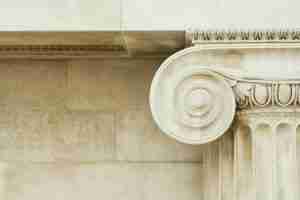 This is our next post on the handling of federal criminal charges in Little Rock, Arkansas. Our last article discussed dealing with the federal sentencing guidelines after having been convicted. It is important to understand that the sentencing guidelines can be harsh and that one should retain counsel experienced in dealing with them. In this article we will discuss why you or a loved one may face charges in both state and federal court. Contact our office today to speak with a criminal defense attorney.

It is important to understand that the federal government is considered a separate entity from state governments. This means that each has the ability to bring charges. There are instances where one set of facts may lead to a defendant facing charges in both court systems. Say an accused person carried contraband across state lines and was arrested in Arkansas. Possessing the contraband would violate state law while the transportation may violate a federal law. Under these circumstances it is typical for one government to defer to the other for prosecution. If a defendant is acquitted or has the case dismissed, however, then it may still be possible for the other entity to bring charges.

In certain instances “jeopardy” will attach and the federal government would not be able to charge a defendant who was acquitted on state charges. This is the case when each of the elements of an offense charged by a state are also elements of an offense that would be charged by the federal government. As long as the state court already decided what would be each and every element of the federal case then, generally speaking, the defendant would be able to argue that a federal prosecution would amount to being tried twice for the same offense.

Matters which cross over between state and federal criminal courts can quickly become complicated. Retaining a criminal defense attorney experienced in handling such matters can potentially make the difference in how your case is handled. Our Little Rock lawyers are licensed in federal court and have substantial experience in handling such matters. Contact our office today to schedule an initial consultation. We also handle matters in Fayetteville, Fort Smith, Springdale, Jonesboro, North Little Rock, Conway, Rogers, Pine Bluff and throughout the rest of the state.