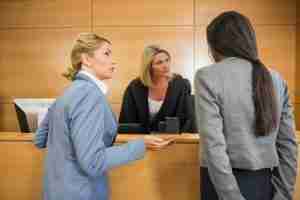 This is the fourth in our series of posts regarding Miranda violations in Arkansas Court. Our last post discussed what defendants should expect at a hearing to suppress statements made in violation of Miranda.It is important for defendants to understand what to expect from the process so that they maintain reasonable expectations. In this post we will discuss another important topic – what happens after your hearing on the Motion to Suppress Evidence. We cannot stress enough the fact that defendants should contact an attorney immediately if they feel their rights have been violated.

If your motion is granted then the prosecution has the right to appeal. This appeal is not automatic and will depend on the prosecutor. In the meantime, discuss with your attorney whether or not the case was dismissed or whether there is still sufficient evidence for the prosecution to move forward. If the Motion was denied then you will have the option of of going to trial as well as the possibility of appeal.

If your motion is denied then you have the right to appeal.  This appeal can take place either during the pendency of the case, after a conviction, through a voluntary plea agreement, or after a jury trial.

If you want to appeal a denial of your Motion to Suppress Evidence to the Arkansas Appellate Court then we are able to assist you in doing so. This can happen before you have a jury trial if that is what is best for you. The appellate process can be slow and we understand that sometimes you may find that it is in your best interest to enter into a negotiated plea with the prosecution if your Motion to Suppress Evidence is denied. This way you can get on with your life while the appellate process moves forward.

Another option after the denial of a Motion to Suppress Statements is to go to trial.  When accused of a criminal offense, all Arkansas residents have the right to a trial by jury. Jury trials are much like you see on television with twelve members of the community hearing the evidence and determining whether or not they believe the prosecution has proven the charges beyond a reasonable doubt.

However, you may waive that right and have your case heard by a judge in a court trial, if you and your lawyer determine that is in your best interest. If you prevail at a court or jury trial, then you will not need to address the denial of the Motion to Suppress Evidence. Even if you were convicted at trial then you may still appeal and one basis of that appeal could be the denial of a Motion to Suppress Evidence.

All of these avenues are determined according to the facts of your individual case.  We are committed to serving your best interests.  Contact our Little Rock, Arkansas criminal defense lawyers for a free consultation. We also handle matters in Fort Smith, Fayetteville, Springdale, Jonesboro, North Little Rock, Conway, Rogers, Pine Bluff, and throughout the rest of Arkansas.