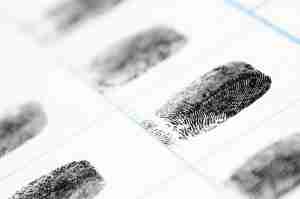 This is the next post in our series discussing prescription drug possession in the state of Arkansas. Our last article discussed why a criminal defense attorney may be able to challenge the arrest of one who consented to a police officer searching their vehicle. In this post we will discuss additional crimes which our state will frequently charge in conjunction with prescription drug possession. We will also discuss how a criminal defense attorney will handle cases involving multiple charges.

Many prescription drug possession charges occur as a result of being stopped on suspicion of another crime. One of the most common occurrences is when a person is stopped on suspicion of a DUI and is then asked to step outside of the car. An Arkansas officer, in such a circumstance, may find prescription pills during a search of either the person or the vehicle. When a person is charged with multiple crimes then it is common to panic. The important thing to remember is that each crime must be proven separately and that your criminal defense attorney will work to challenge the underlying reason for which you were stopped in the first place; if the underlying stop was unconstitutional then each of the charges may be dismissed.

When a person is suspected of driving under the influence of prescription pills then the arresting officer will perform a field sobriety test. This will be performed in order to look for impairment before bringing the person in for a blood test. Prescription pill intoxication can only be proven through showing traces in the blood. However, evidence of driving while intoxicated is not the same as evidence of possessing prescription pills. Even if a person’s blood shows signs of a substance, that person is not in “possession” of anything. For additional charges to stand up in court, the officers must still have respected your Fourth Amendment rights.

Many people don’t realize that they can be charged with multiple crimes for one incident. In the case of prescription pills, the severity of a person’s punishment often comes down to how many pills they are in possession of. Furthermore, it is common for a person to be charged with forging or altering prescriptions, committing fraud in order to acquire pills, or illegally obtain prescription pills over the internet. All of these charges come with their own set of penalties and prison times. The goal of a criminal defense attorney is to look at each charge individually, examine the evidence, and attack the way the evidence was obtained. There may be some instances in which evidence was obtained legally for one charge, but obtained illegally for another. In cases in which multiple charges exist, it is not uncommon for a prosecutor to aggressively charge as many counts as possible, even if it is unlikely for all of them to stick. This is why it is important to consult with a criminal defense attorney prior to taking a plea. While a situation may sound dire, there is often a good chance an attorney can have many charges dismissed. Even if it is not possible to reduce all of the charges, the final punishment can be greatly reduced in severity.

If you have been arrested for drug possession in conjunction with other charges, contact our Little Rock criminal defense office today.